Frozen II in a priority seating in Patong, Thailand

Frozen II. Oh, how we love animated movies. The year was 2013 and we were in Hollywood. We heard that there was a new movie out that would be shown and we decided to go to the premiere at the El Capitan Theatre. Now – seven years later, Frozen II was released. We were in Patong, Thailand and we decided to go see that movie too. Two movies, two cinemas. Two awesome experiences.

In Hollywood everything is extravagant and so was the premiere of the movie. Not only did we get to see a great movie in an awesome theatre. No, before the movie they even had a show for us! Anna and Elsa were out, singing and dancing and Olof was also created out of a chainsaw and a block of ice. Yes, you read it right. On stage, they started a chainsaw and carved out Olof.

We both loved the movie and we got the big bucket of popcorn! That was the, 2013 and we were traveling just for fun. We both had “regular” jobs and spending some time in the USA – exploring route 66 and ending it in Hollywood was awesome. We still remember how great the premiere of Frozen was! So, this was then and now is now… 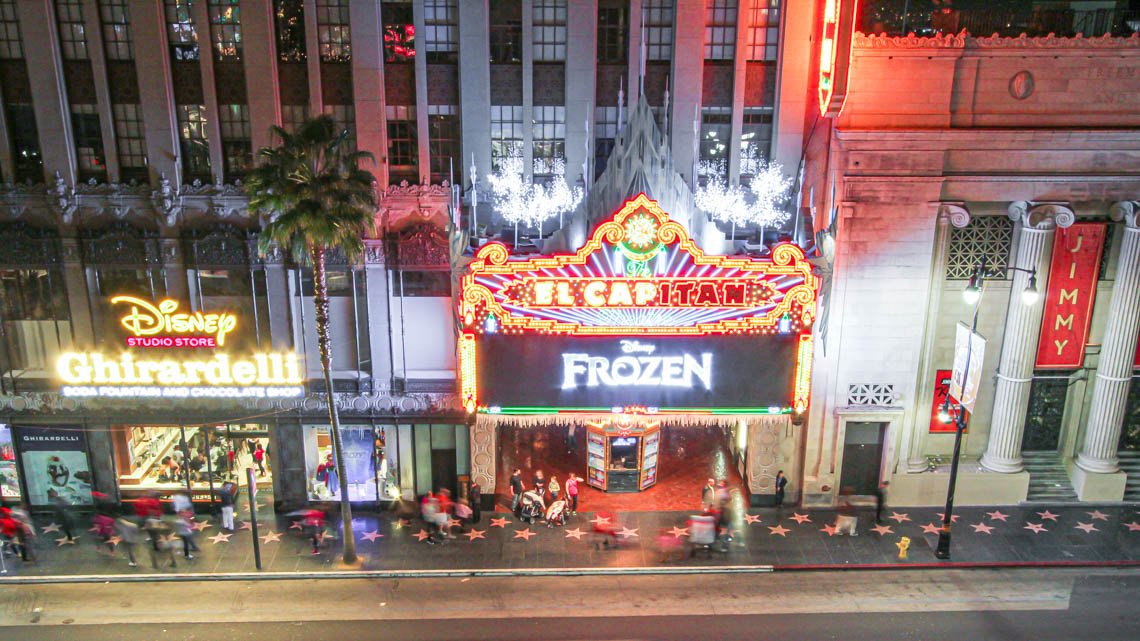 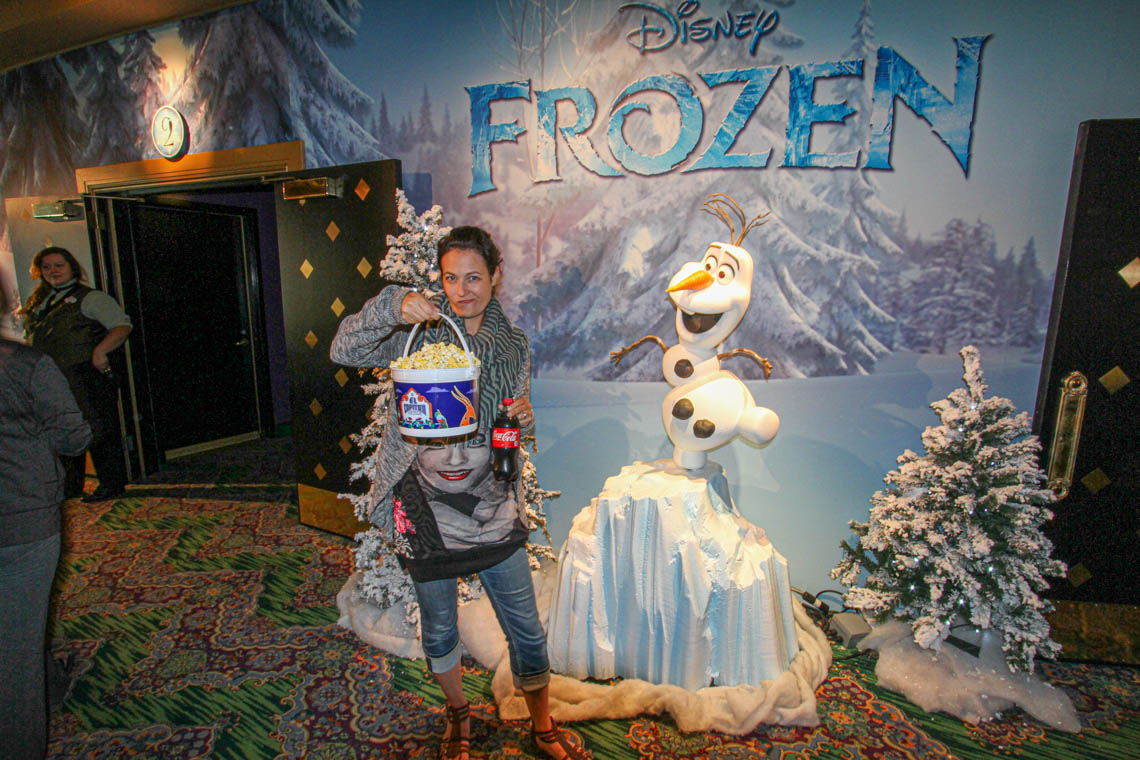 Frozen II at the SF Cinema at Jungceylon, Thailand

So, it has been seven years since we saw Frozen and this time we are in Thailand. My niece calls and tells us that she saw Frozen II at the cinema in Poland and that she liked it a lot. So, after spending a lovely day island hopping on Christmas eve (we celebrate on the 24th) we decided to go see Frozen II here in Patong.

We opted for premium tickets and got a nice comfortable sofa to sit in. And like in Hollywood, we bought the biggest bucket of popcorn! We both liked Frozen II. Mini thinks that the first one was better. I believe that they are both equally good. It was the perfect end to a perfect Christmas! If you haven’t seen Frozen and the sequel – do it! They are so fun and inspiring. Jungceylon is a shopping mall here in Patong. We often walk there to get something to eat or to visit the grocery store. 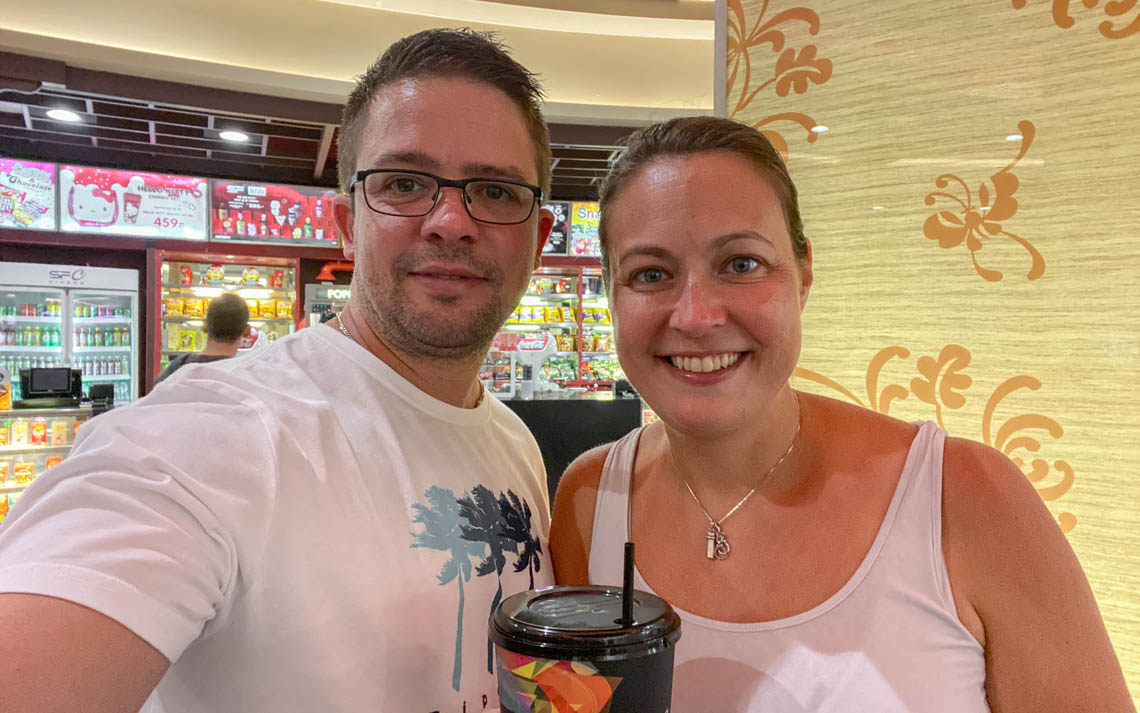 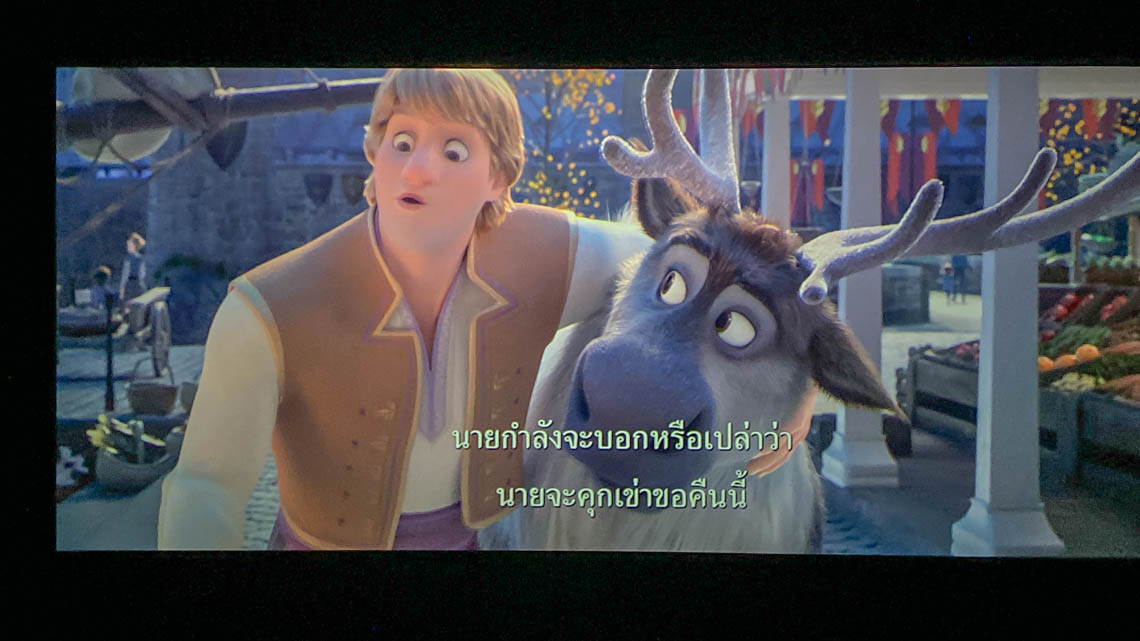 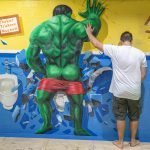 The Odd Side Of Thailand 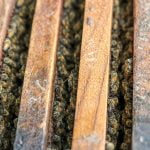 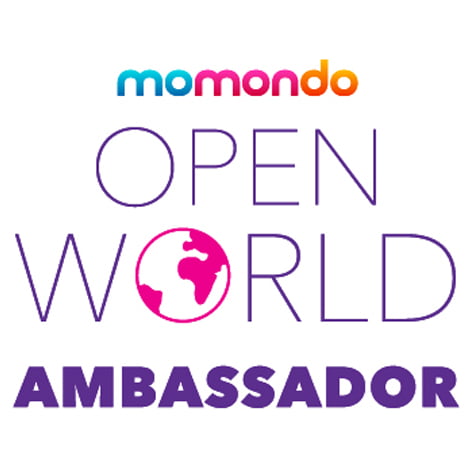 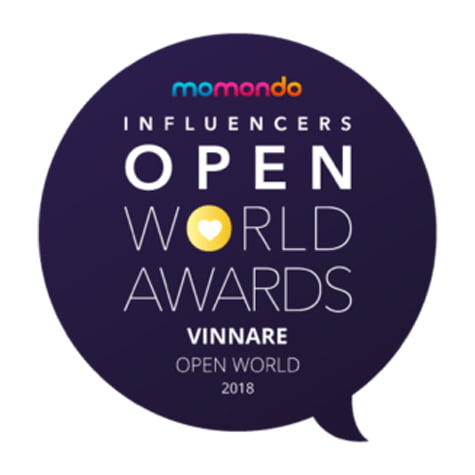